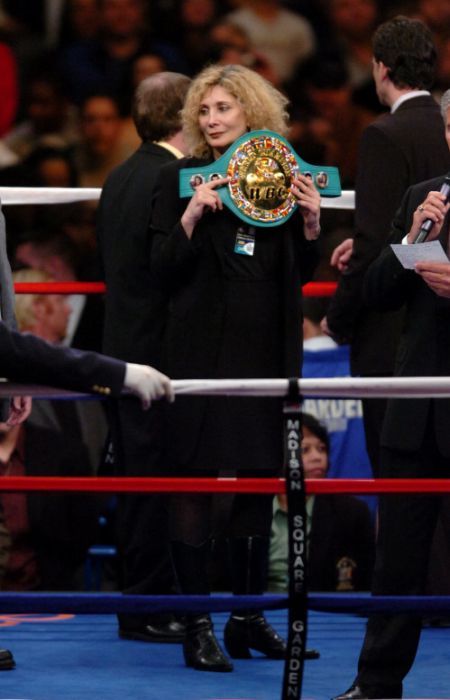 Jill Diamond is the International Secretary of the World Boxing Council and Interantional Chair of WBC Cares.

She was the recipient of NY’s Ring 8’s 2011 Humanitarian Award and  was recently appointed to the  USA Mental Health Task Force, guided by Congresswoman Grace Napolitano.

She is the first woman to sit on the Executive Board of the North American Boxing Federation. She’s also Co Chaired the WBC and NABF Female Championship Division, In addition, she is a proud fight supervisor.

She has won the California Boxing Hall of Fame Women's Championship Award, the Aileen Eaton Award, WBC Woman of the Year (2010), and Humanitarian Awards 2011 and 2013, is advisor to the American University of Sports, and Founded and Chairs World Boxing Cares, a non profit organization that reaches out to impoverished children in 166 countries. She was the first American Citizen invited to the All African Games, and has since brought medical and orthopedic supplies to various institutions. Recently, Ms. Diamond's commitment was recognized, and acknowledged by the California Legislature for her work with women athletes And inducted into the NBHOF. In 2017 she was also awarded the Luminary Award by Raging Babes, the Humanitarian Award by the Nevada Boxing Hall of Fame and appointed a Global  Goodwill Ambassador. .

In addition, Jill currently writes for various sports publications, websites and magazines. Some of her video interviews with sport’s celebrities can be seen on, Sportscloseups and other international websites, both in English and Spanish. She serves as a co host of WBC Talks.

Prior to sports, she starred on Broadway, wrote/sang for Motown + Chess Records, and was involved in the world of Television and Radio, where she ran the music/SFX departments for Procter + Gamble, ABC/Disney, EC TV, and wrote/composed campaigns for WBGO and McCann Erickson. She is also a multiple Emmy winner for Composition and Production. She used her writing and editing abilities, to design campaigns for hospitals and pharmaceuticals; including USC Norris, Katie Couric’s Colon Cancer Initiative, Random House, and the DCI Networks. As head of the Film/TV Department of Anatomical Travelogue, she was instrumental in developing Conception to Birth, an Oprah book choice.

Her involvement in boxing was a gift from her late husband, Don Chastain, whose father, Clyde “The Texas Tornado” Chastain packed a righteous-right.

She is currently the gatekeeper for IChannel’s Boxing App and continues to write and produce for new media in the US and Mexico and is the CEO of Medicomicals, a company that popularizes medical information for children.

“True heroism is facing the unknown daily and fighting your fears when you’re not sure of the strength of your weapons.”