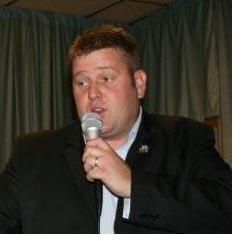 David Walker has been the UK Chair of World Boxing Cares Boxing in the UK. He has promoted shows including the WBC Night of Champions, and produced award winning independent film Risen and critically acclaimed documentary " Joe Frazier when the smoke clears" as well as looking after the WBC merchandising programme in Europe and some other territories. David also has a very strong connection with the Cleto Reyes brand.   David with his loyal team, have supported many charities in many ways. Over the years WBCares in the UK has run courses, donated equipment, memorabilia and raised funds for many Charities including the Princes Trust, Royal Marsden, Children's Hospital, Keech Cottage Children's Hospice, Help for heroes and many more. The UK team has raised tens of  thousands for good causes, not only for big Charities, but also supporting boxers testimonials and individual causes and directly supporting sick or vunerable children. WBCares encourages the Champions to get involved with good causes and in the UK many of the Champions like Ambassador John H Stracey and Scott Welch are very generous with their time.

Scott Welsch, former WBC World Champion is heading the World Boxing Cares UK team. He is tiredless in his eeforts to encourage and inspire young people and former athletes, as well as awarding postive charcter and acts of heroism in his community.

Don James is a former Amateur champion and professional boxer from South Wales. He has trained fighters for over 30 years, including European Champion Jonnie Owens.

He has appeared on a number of boxing programmes and helped the producers of the movie Risen, about the life of his former stablemate Howard Winstone.

For the film he also trained actor Stuart Brennan to play the role of Howard, for which Stuart won a BAFTA.
He has worked with the Welsh Ex-Boxers Association for many years and continues to be a much respected ambassador for the sport.